With autumn here and winter closing in, it’s time to start making some soups with a good soup maker brand.  Scrap the healthy salads and grab some warming soup ideas: Lentil and Bacon, Potato and leek…it’s all good.

Soups are pretty easy to make, even if you are a beginner in the kitchen.  The main problem is the preparation time, especially if you are working long hours.  The answer to this problem is a good soup maker. You simply chuck all your ingredients, add some water and switch it on – the machine will slowly cook the soup to perfection.

What is a soup maker?

Soup makers cook and blend all your soup ingredients in one go. They are kind of like a kettle for soups!

What are the top soup maker brands?

Salter, Tefal and Morphy Richards, these are three top manufacturers that have been making soup makers for years. See reviews below.

What is the best soup maker on the market?

In my opinion, the Morphy Richards Soup maker

How much are soup makers from top brands?

How much soup can a soup maker produce?

The average amount across all products is between 0.8-2 litres

How long do top soup makers take to make soup?

Do soup makers chop all your veg too?

There is very little difference between these different soup makers, they all do the same thing and have the similar functionality. Choosing the one for you will simply boil to colour and design and the brand you like.

Here are the best soup maker brands on the market with the best reviews.

This is the soup maker I have at home, I bought it last year during Black Friday. I’ve used it a fair bit over the winter, but tend not to make many soups in summer.  I’ve just dug it out of the cupboard to start making some new soup recipes, now it’s getting colder. I tend to leave it out on the kitchen surface until spring as I’ll make a soups 2-3 times per week.

This is the Amazon best seller and for good reason.  The product has 4.5 stars and 3,538 customer reviews – which is very high in this category.  I have checked through the reviews and these seem all legit too from verified customers.

This soup maker can produce 1.6 litres of hot soup in around 20 minutes – at a minimal cost.

The display settings are really easy to use with buttons like chunky, juice and blend – yes it can do juices and smoothies. 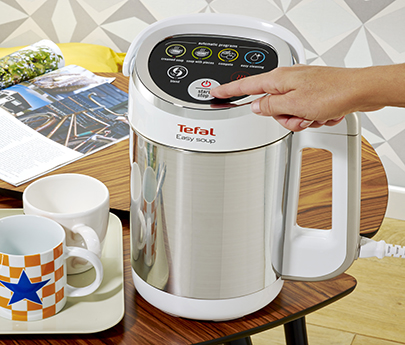 Most people have heard of Tefal, they are a top brand for electrical kitchen gear. The Tefal Easy Soup Maker is very similar to the Morphy Richards soup maker above, having the same functionality and easy-to-use buttons on the lid.

This soup maker has a smaller capacity making approximately 1.2 litres of soup in 20-30 minutes.

Owners recommend stirring or shaking the soup half way through the cooking process to stop it sticking to the base.

Obviously the white and steel look may not match your kitchen so just choose a colour that fits your colour scheme.

This products comes with a 1 year warranty by Tefal. 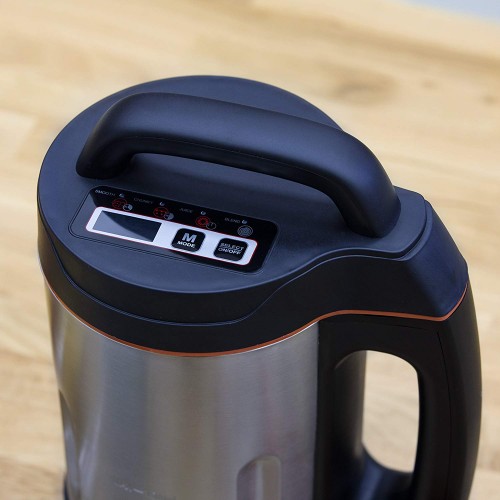 I hadn’t actually heard of Tower kitchenware and I spend a lot of time in the kitchen. They describe themselves as an ‘iconic British-owned company with 100 years of manufacturing’ and they do have a solid range of gear with good reviews.

Wherever possible, I do like to promote British made goods: we might actually have to rely on British-made products after Brexit, so let’s get used to it!

The Tower T12031 Soup Maker has a capacity of 1.6 litres of soup, which equates to around 4-5 decent bowls of soup.

Like the Morphy Richards and Tefal soup makers, the Tower product has a single heating element which also does the blending.  Less parts means less fuss when cleaning, which is a good thing.

This soup maker has 50 reviews all mainly positive on Amazon and Tower have answered all potential customer questions. 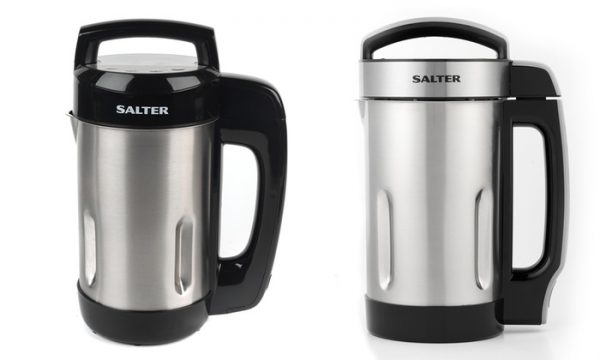 Salter describe themselves on their ‘about’ page as ‘UK’S No.1 BRAND for domestic weighing scales’. I’ve just double checked my digital scales and they are made by the Salter brand. I’ve had these scales for 6 years now and never had a problem with them.

The Slater brand was started in 1760 by Richard Salter in a small town called Bilston in the West Midlands (not far from Wolverhampton). The company expanded rapidly over the years and had over 2000 employees by the 50s. The company was acquired in 2004 by a USA based company called HoMedics.

This ‘Go Healthy’ soup maker makes 1.6 litres of soup, comparable with its competitors above.  The soup maker has 4 options for you to decide how you want your soup, ranging from chunky to smooth.

The Slater soup maker also comes with a soup recipe book with lots of great new ideas. The kids will love some of these recipes.

At the time of writing this product has 342 reviews on Amazon, all good – obviously you will get the odd person moaning. Someone complained because they actually had to cut the vegetables before placing into the soup maker saying it took ‘the best part of an hour’ – are you f****** kidding me, are you limbless, cutting and peeling veg with only your teeth?! 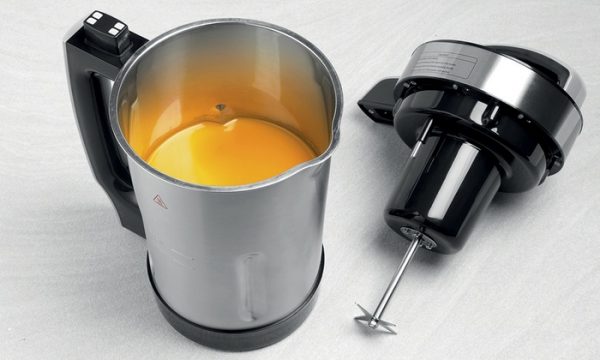 The Weight Watchers soup maker can produce 1.6 L of soup like the majority of competing products and the 4 preset functions depending how you like you soup.

The Weight Watchers a soup maker also has an auto cleaning mode which I was surprised to see at this price range.

This soup maker comes in a brushed steel look and with a recipe book to get you started. The product has 49 reviews, all mainly good.  Some people have complained about food sticking to the bottom, but this seems to be a recurring issue across all the soup makers.

Good bread making machines to compliment your soup, every soup needs lashings of bread and butter