You are here: Home / Guides / History of Whisky

Whisky is a dark distilled spirit produced from various types of grains, including barley, wheat, corn, and rye. There are different types and classes of whiskey, too. The common types are Irish Whiskey, Scotch Whisky, and Canadian Whisky.

The common characteristics between the different types and classes of whiskey are the grain fermentation, distillation, and ageing in wooden barrels. Whisky of any type remains the world’s most popular liquor.

In this article, we explore the origin of whisky and how it has grown over the years to become the most loved liquor in the world and over taken wine for investment potential.

The Origin of The Name ‘Whisky’
The term ‘whisky’ was coined from the Gaelic ‘uisge beatha’ or ‘usqebaugh’, which means ‘water of life.’ Gaelic is the branch of Celtic spoken in the Highlands of Scotland.

The History of Whiskey
The journey of this liquor from its origin to the whiskey, rye, bourbon, or scotch we know today is a winding and adventurous one.

It is believed that the Babylonians in Mesopotamia practised distillation in the 2nd millennium B.C. These distillations didn’t involve alcohol, however. They distilled aromatics and perfumes.

The medieval Arabs, in turn, passed the technology to the medieval Latins in the early 12th century. The earliest records of alcohol distillation go back to the 13th century in Italy. The Italians distilled alcohol from wine.

The distillation was mostly at medieval monasteries and done for medicinal purposes, such as the treatment of smallpox and colic. The art of distillation then spread to Ireland and Scotland no later than the 15th century.

In Ireland, whisky was first mentioned in the 17th-century Annals of Clonmacnoise. According to the text, a chieftain died in 1405 because of “taking a surfeit of aqua vitae” at Christmas.

In Scotland, the first evidence of whisky manufacture was found in an entry in the 1494 Exchequer Rolls. According to the entry, malt was sent to Friar John Cor following the king’s order to make aqua vitae enough to produce about five hundred bottles.

>>Read also our guide to the best whisky gift sets

Taxes Imposed on Whisky
Whisky’s popularity grew increasingly during the first half of the 16th century. In 1541, English King Henry VIII closed monasteries in Scotland, so unemployed monks resorted to private manufacturing of whisky.

The practise spread rapidly throughout Scotland. In the early years of the 18th century, private whisky production ran into headwinds. Namely, the English crown merged with Scotland and introduced punitive taxes on unlicensed alcohol production.

These taxes resulted in a significant reduction in whisky production in entire Northern Europe. Scottish brewers began to produce their alcohol illegally to counteract the effects of these taxes. It saw the mushrooming of thousands of secret whisky distilleries across northern England.

It also led to increased smuggling of whisky, characterised by daily fights between smugglers and government officials. The practise went on for at least 150 years.

The effects of Scottish taxation were even felt in countries across the world. For example, whisky became so scarce during the American Revolution that it was used as a currency. Shortly after, the U.S. Government imposed exorbitant taxes on the whisky ingredients, its manufacture, and sales.

The clampdown led to discontent among U.S. farmers, who started the famed “Whisky Rebellion.” In 1823, the English government finally enacted a law that allowed for the legal production of whisky, which marked the end of the suffering for whisky producers.

The change revitalised whisky production in Ireland and Scotland. It inspired new technical innovations, such as the “continuous still,” which whisky makers loved. They were able to produce the drink more efficiently at premium quality.

The Making of Blended Whisky
In the second half of the 19th century, two crucial things happened in the history of whisky. First, in 1850, Scott Andrew Usher managed to produce blended whisky. He achieved that by mixing traditional pot still whisky with a whisky brewed in a Coffey still. 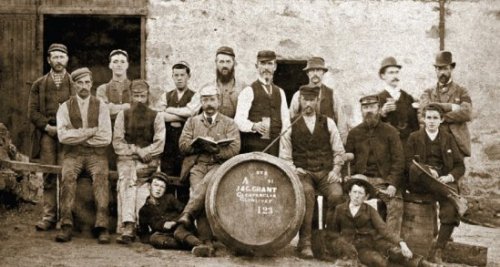 While he faced strong opposition from traditional e distillers, Usher successfully marketed his blended whisky worldwide. His company became the first to manufacture and mass-market a bottled blended scotch. The beverage even became popular in the United States after finding a distribution with Nicholas & Co. in 1853.

The second influence was the unprecedented spread of the pest Phylloxera. The infestation led to reduced wine production across the globe. Following the reduced production of new wines, the drinking population across the world turned to whisky as a substitute. 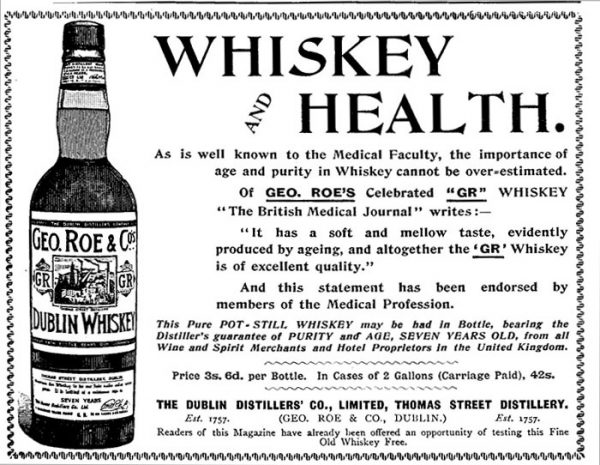 Popular Names Behind Whisky
Whisky owes a considerable proportion of its success to several key individuals, some of whom sit between history and legend. The Irish, for example, believe that their most renowned of evangelical monks, Saint Patrick, was the first person to produce Irish Whiskey.

The Scottish, on the other hand, claim that Saint Patrick was originally from Scotland. The monk Magnus Eunson, the founder of the Orkney Islands-based Highland Park distillery and a renowned whisky smuggler, is also revered in Scotland for his great contributions to the Scotch Whisky industry.

The United States recognises the Reverend Elijah Craig as the inventor of bourbon. Other men that played integral roles in shaping whisky history include inventor and engineer Aeneas Coffey. Coffey gave his name to his patent column still, which made Scotland the frontrunner in the industry.

Whisky popularity across the globe continues to grow in the new millennium, with billions of whisky bottles being sold to customers across the globe, along with accessories like whisky glasses and personalised labels.