A good compact folding bike is the perfect solution if you are commuting to work with a train journey, especially if your home or office is a good distance from the station.

You can buy a compact fold-up bicycle that can be collapsed in under 1 minutes and easily lifted onto a train or into the boot of a hatchback, some only weigh 50lb. 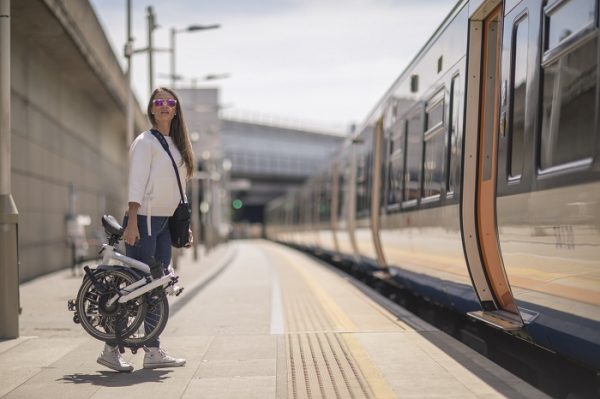 What is the lightest folding bike?

The lightest folding bike is the Hummingbird at 18lb

What is the most compact folding bike?

Yes, look at the DAHON range

How quickly can a folding bike actually fold?

Between 20-60 seconds for the bikes reviewed below

DAHON are a USA based folding bike company with a manufacturing base in Asia. They produce budget folding bikes ideal for the average commuter. Unlike many of the cheap Chinese manufactured brands on Amazon, DAHON have been in the business for years and produce bikes of reasonable quality. If you don’t have £2k to spend on Brompton or Hummingbird then a DAHON folding bike could be for you. I chose a mid-range folding bike from their range to review, which can be purchased for around £500.

The DAHON Mu D9 weighs 26lbs, which is the average weight across all the folding bikes reviewed in this article. It’s frame is built with tubed aluminium and has some good branded parts; SRAM X5 drivechain, Schwalbe 20” wheels and DAHON’s custom V-brakes.

The bike has 9 gears, perfect if you commute has some inclines. The bike can be folded up in under 1 minute and easily stored in a small space. The dimensions when folded are 26″ x 13″ x 31″

Brampton Bicycles was started by Andrew Ritchie back in 1975. Ritchie has managed to create a brand that is iconic and totally synonymous with folding bikes: every single article online about the best compact folding bikes will include a Brompton.

Brompton has won numerous awards for their bike designs including the Queens award for export.

The Brompton M6 has 6 gears, perfect if you have a couple of hills along your commute, you don’t want to turn up to work too sweaty.

But how easy is the Brompton M6 fold? Check out this video:

This video highlights the quality in the folding design, 3 or 4 simple movements and the bike if folded.

The bike is very well built, but the frame is made of steel making it heavier than most folding bike competitors. Brompton used to dominate the compact folding bike market but over the last 10 years new competition and innovations have occurred.

If your budget is tight but have decided on a Brompton, you could opt for the Brompton B75. This bike is marketed as their budget bike: their landing page heavily emphasis their 0% financing deals and how little the repayments costs are ‘the cost of ‘6 craft pints’ per month’.

The Hummingbird folding bike is a thing of beauty. The bikes are engineered by Prodrive, who have Aston Martin and Mclaren as engineering clients, this shows their pedigree. 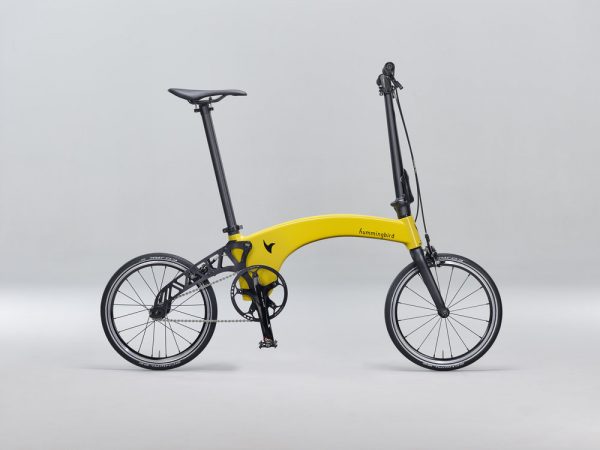 Before we talk about the bike, I’ll just break the bad news: these beautiful compact folding bikes are over £3K, so if you don’t have deep pockets, stick to the Brompton.

After much design and testing, Hummingbird concluded that 16” wheels were the perfect size to make the bike compact, yet deliver enough speed when needed.

I love how simple the Hummingbird website store is, you just get presented with 3 options: A single speed folding bike, one with gears or an electric folding bike. Strangely, the single speed bikes are cheaper than the ones with gears, not sure how that works.

If you decide on gears, you then decide if you want a chain for a belt driven bike. A belt drive folding bike does not require any oil, so ideal if you are commuting to work in a suit. 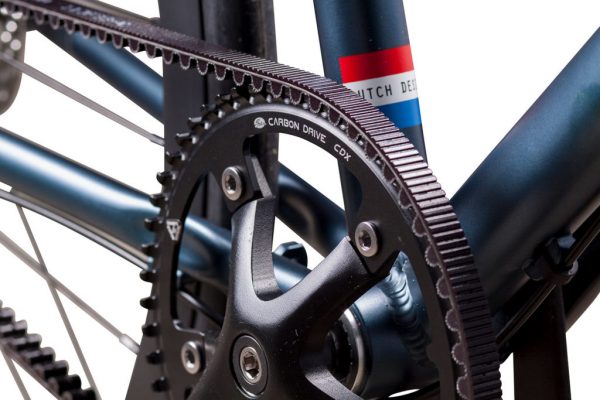 The Hummingbird comes in a range of colours form the bright yellow above to a cool carbon grey.

If you are not a fan of the traditional folding bike look, tiny wheels and handle bars, you are not alone. I personally think they look ridiculous and would not get that style. Instead, I would opt for one of the compact folding bikes from Montague.

The company was started back in 1987 when it’s founder, David Montague, wanted to design a full sized bicycle that could fold. He was a student at the time at MIT, but still managed to set up a company and produce his first bike – The Biframe.

Over the years Montague has expanded to produce a range of award winning folding bikes that standout over all competition.

The Montague FIT folding bike actually looks stylish, it looks like a hybrid mountain bike. The FIT is kitted out with carbon fiber forks, Shimano gears and Tektro mechanical disc brakes and can be folded on 20 seconds according to their main page.

Does the full-size defeat the object of a folding commuter bike? I think not, you can still get this bike on a train for in the boot of hatchback when it’s folded up. The dimensions are 36” x 28” x 12” (which is not that different from the Brompton) and weighs 26lbs.

Tern was named after the bird, tiny in size but holding the longest migration record. They produce a range of bikes and cycling gear that is eye catching and award winning.

When folded up the Tern BYB weighs 25lb and has a well designed wheeling system so you can drag it along the ground by the handle, similar to a suitcase. The patented tri-folding system is easy to carry out in under 30 seconds once you get it down.

The bike is made of aluminium with quality parts like Shimano, though the company website does not give you the full spec for some reason.

Tern also sell a range of accessories like folding bike covers, luggage racks and bags – not essential items but could be handy.

The best mountain bikes under £1000